- August 09, 2011
Last night I had a huge scare with my little guy. He was on the couch and got excited over something to do with my other dog. He jumped up on the arm of the sofa and slipped off, landing on his side on the hard wood floor. Making matters worse, on his way down, he hit is head on the wooden rocking chair. He was disoriented to say the very least. Like any good fur mommy, I rushed him to the ER vet hospital.
They checked his stats, and said that his pupils were showing signs of head trauma. At that very moment my entire world stopped spinning and all I could think about was the worse. That and throwing up.
The vet said he wanted to monitor him over the next half hour and see how he reacted or if he ended up having any seizures etc. but he said he didn't anticipate that though. That was probably one of the longest half hours of my life. After what seemed an eternity, the vet came in the room with the nurse and Bullet in her arms. I thought "he's fine yay" I was relieved to see him. He jumped into my arms, making me feel better than I had in a while. The vet proceeded to tell me small dogs tend to show signs of head trauma easy, but tend to bounce back quickly. He had seen dogs a lot worse than Bullet, acting odd and eyes in 2 different directions, that bounced back within 24 hours but were kept in the ER for observation. Now I'm thinking, "oh my gosh they want to keep him overnight". Again, I'm ready to throw up. Then the vet tells me that since his pupils went back to normal, and all his other signs were fine, he felt he would be ok. Then I started feeling a bit better. After that he says there was an actress that hit her head skiing and had a headache and the next day she died due to a slow brain bleed that she had. Bring back the nausua in my stomach again! He tells me that that is rare, and that he's personally never seen it but he can't rule it out. He then says to be on the safe side I could leave him there overnight, or I could take him home. I said "if it was your dog what would you do". He said "I'd take my dog home but then again I'm a vet and if anything happened I'd know what to do". Really??? Thanks, that didn't quite answer my question or make me feel better. So I said "do you think he'll be ok at home, or would he be better here, because whatever he needs is what I want". The vet said, to my happy relief, that I could take him home. Bullet had a slight concussion, and the vet said probably a headache. I had to monitor him and bring him back if he acted funny or had a seizure, and had to wake him up every 3 hours to make sure he was alert and ok. That being said, the vet told me after 24 hours I should be ok and in the clear with him, but just monitor him. Needless to say, I have held him almost all day, and haven't let him out of my sight. Some people say, "they are just dogs" etc. All I have to say is, he might just be a "dog" to you, but to me he is my entire life!!! 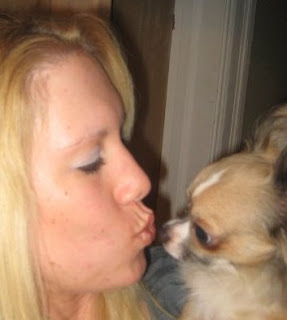 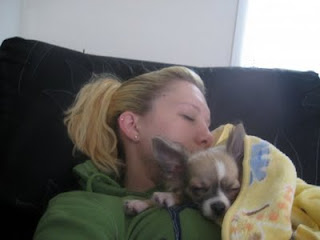 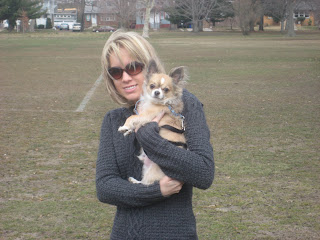 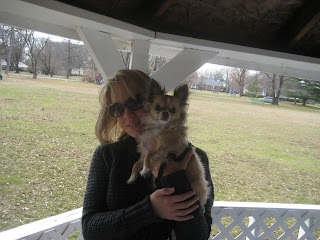 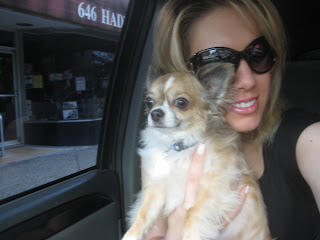 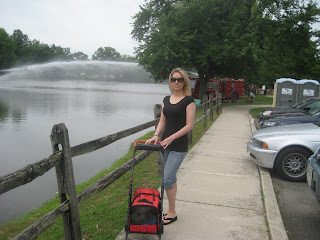 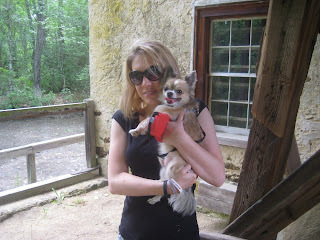 He is sleeping at the moment, and by tonight will be the "24 hour" point. I will keep you all posted on his progress and how he is doing. You all know that he means everything to me, and I wanted to let you know that if I don't get as many freebies up, it's just because I'm tending to this little guy. Bear with me, I will get you as much freebies as I can :)
Onto a lighter note, since I've probably depressed you, here is Bullet during a time when he was feeling better before this incident. He loves when you say "scoooby doooby doooo" so here is his reaction, just to make you smile. Please keep him in your thoughts and prayers. He is my life.